5 Things I Dislike In Writing

Well, here we are, another week, another list. Now, I’ve been pretty positive in my ramblings here up until now. But recently some stuff I’ve come across has made me enter grumpy old man mode, a mode I am all too well-versed in, being grumpy, old and a man.

Okay – grumpy cat picture used. I am now ‘with it’.

I have been a member of an online writing group called Writing Dot Com. I joined to get some of my stuff in the public domain, but quickly came to realise it actually was not going to do anything to get me published, an act which I managed all on my lonesome anyway. The critiques I received were either not helpful or just abusive – people trying to big note themselves in order to make themselves feel good.

But the one thing I have got out of WDC (as it is known to those who frequent the place) is that I have started doing reviews. In conjunction with some of the stuff I have learned from editing and teaching, this has given me an interesting insight into what I should be doing, and what others do wrong. Add to this various writing and critique groups I have been a member of, and there are several things I have come to realise annoy me in writing… and it’s time I got them off my chest. 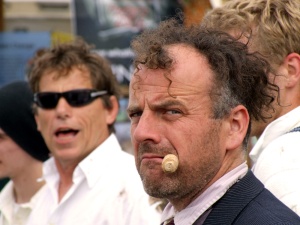 Now, only a few of these are grammar related. I am a bit of a grammar stickler (and spelling, punctuation, etc), but a lot of mistakes come from laziness or are genuine typos, or come from misunderstandings. And then there are some that are so prevalent in writing that to rant about them is useless, so I will pick them out and, when I see them in signs, will correct them. The apostrophe-S for plurals for example. How hard is it? If there are more than one of something, add an ‘S’ or variation. The apostrophe isn’t needed. You moron.

No, more of these are things that just annoy me, and then when these people don’t get that seven-figure publishing deal, they wonder what they’re doing wrong and blame everyone else except their horrendous use of, well, everything. 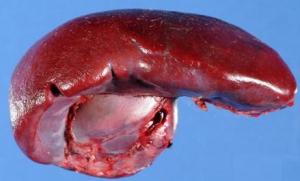 This shall be vented! Prepare for ventage!

In children’s writing, it’s all fine and dandy to make your animals talk and walk and dance and love and hate and whittle and shave and klogthreepe like humans – it serves a purpose in that children don’t want to be lectured to by their parents or parent surrogates, and animals can teach them the lessons and they listen because of cuteness or whatever. This giving animals human characteristics is called anthropomorphisation.

Well, away from children’s literature, it doesn’t work. But it is there all the time in speculative fiction. Robots and monsters and aliens and computers and everything else – they’re just human beings in a different skin. Why bother making them a different sort of being if their motivations, reactions, etc are just like any human being? I recently read a story where the main character was a robot. It didn’t play in to the story in any way shape or form. In fact, replace ‘robot’ with ‘teenaged boy’ and the story would not have changed a bit. 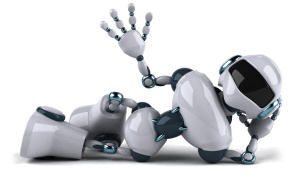 I know that it’s hard to make creatures different, but if you want to write a teenaged boy analogy, then write about a teenaged boy, otherwise it looks pretentious and reads ridiculous.

Now, I have yet to see this in a proper, successful novel or short story that was not self-published, apart from where it was used in context. But there are so many people who think that language is so mutable that they can use the abbreviations of mobile/cell phones and expect it to be accepted. 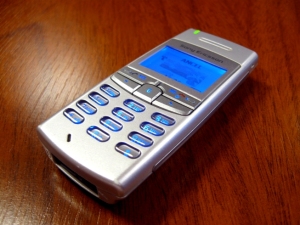 The new purveyor of all things linguistic. Allegedly.

An editor I worked with a couple of times until we had a falling out (she decided that she would change the ending of a story without asking me, and when I saw her ‘edited copy’ I complained, she complained, she withdrew the story, the anthology has yet to see the light of day, her website shut down un the middle of last year) once sent a bunch of us an email she received. Her comments were: The story is what I am looking for and I think it could be a fit for <anthology name>. However, I will need you to rewrite it in English. It is not my job to translate. To the point, and I’ve certainly received ruder. The response: u must b old. Th storey z n English f u don’t know dat then your not a editer. Needless to say, the story was then rejected. But she was asking us if we thought she was being too harsh. Unanimously, we told her, “No.”

Well, I was a little more polite on WDC with some-one who did this very thing. Their response was just as vitriolic. Then, a year later, I received a PM on WDC from said person saying they had been rejected by a few anthologies for her writing, and asked for suggestions as to what she could do. I told her to go back to school. I haven’t heard from her since.

So many, so many, so many. And all of them – ALL of them – are so easy to look up and make sure you do it write. Lazy, lazy, lazy writer peoples! And it happens all the time!

To start: could “of”, should “of”, would “of”. The word is HAVE. Could have, would have, should have. The problem is, it’s abbreviated to could’ve, which sounds like could “of”. But if you’re a writer – or want to be a writer – then this is something you should KNOW.

Next is homophones. There/their/they’re… how hard is it? There – t + here. A place, like here, only there. Their – belongs to them. They’re – They are; it’s an abbreviation. Wood/would. The first comes from a tree, the second is what you might do in the future. And the list goes on.

Accept is not Except. Accept is when you receive something and take it – you accept it. Except is to leave something out, or indicating something is left out.

See? Not that FREAKIN’ HARD?!

Okay, I’ll admit some are hard. It took me a while to get used to the difference between affect and effect (the first is to create a change, the second is a result); I still occasionally spell occasion wrong. But we all have little peccadillos, and that’s just human. But to do so many that are so obvious… how hard is it?

Yes, when I was a teacher, as I was also a wrestler at the time, I taught like CM Punk… hence the reason I am no longer a teacher.

Oh, and one from an Englishman (and one of my favourite comedians).

4. Fact checking (or a lack thereof)

Now, this is something that, again, should not be that hard. But the problem comes when a writer thinks he knows a “fact” and so doesn’t check to see if what he knows is actually true.

So you get the situation where some-one who lives in New York writes about Australia (and if he’s reading this, then he’ll know it’s his story…) but because he was under the impression Australia was about the size of Utah (not the truth that Australia is close to the size of the continental 48 states) he had his main character driving from Melbourne to Perth in eight hours, as opposed to the thirty-six hours it actually takes. He also had lions in the Outback, but… well, let’s not say anything about education standards in the rest of the world.

Actually better than some public schools in the USA.

There’s plenty of places out there where you can find the truth. They’re called books and they can be found in mysterious buildings called ‘libraries’.

Or maybe that’s the problem.

A story – be it fiction or non-fiction, and we are talking ‘stories’, not encyclopaediae or the like – is generally written because there is something the writer feels he or she will engage a reader and keep them excited. Something happens and there is a resolution of sorts. Yay! Story-telling!

Even those who have “something to say” realise they can say it best when it is put in the dialogue of their loner, bad-ass hero who karate kicks zombies with his platinum feet, because the public are more likely to read and take in something a fictional character says, especially while doing something, and not their one-hundred page manifesto on why Waco was all part of the Elvis conspiracy and so they should kill every ghost-whispering mime in the greater Suffolk area. And biographies are usually written about people who did something amazing, not a little old woman who knitted a lot and went to church most Sundays and the occasional Saturday as she grew progressively more demented.

But I have come to notice that there are more and more stories coming out where, well, nothing happens. There’s no growth, there’s no conflict to be resolved, there’s just… well, people talking. 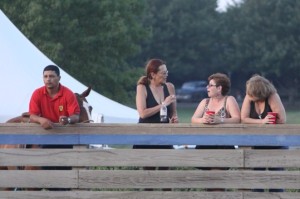 And the “action” heats up in Jacintah’s “novel”…

Or maybe it’s people cooking or knitting or something. Look, I know a lot of writing courses tell people to write what they know, but, come on! If your life is that boring and you have no imagination to actually think of something exciting to happen, then try writing political speeches.

This entry was posted on March 9, 2014, 11:18 pm and is filed under Writing. You can follow any responses to this entry through RSS 2.0. You can leave a response, or trackback from your own site.

Publishing with a focus on diversity

Observations and random thoughts from a "not so teenager."

Another site by a writer.

gardens, dogs, thinking, all go together...

Regular updates about Mel, her ongoing trials and tribulations, political views and activisim as she seeks Equality for ALL!

Z At the Movies

It's not that hard being a film crickett.

Musings on a mad world

Write Your Own Story